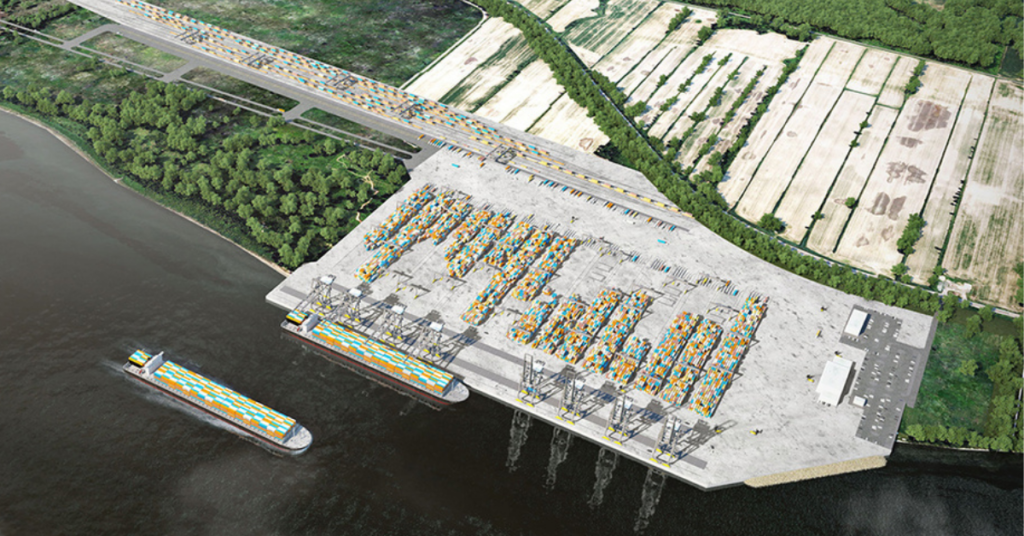 This morning, the Government of Quebec announced $55 million in financial assistance to the Montreal Port Authority (MPA) towards its expansion project in Contrecoeur.

“The Government of Quebec’s backing is an important signal for the MPA and reflects a shared commitment to provide local businesses with a highly efficient supply chain,” said MPA President and CEO Martin Imbleau. “This funding will enable us to undertake the work necessary to develop the new container terminal in Contrecœur and to participate fully in the economic recovery.“

“I am very proud to announce the confirmation of the Quebec government’s financial participation in the Contrecœur project, an important step in the development of port activities in the metropolitan region. The Contrecœur Terminal will increase the competitiveness of our St. Lawrence River thanks to modern port infrastructures. This project is in synergy with our vision of developing the St. Lawrence River into an efficient economic corridor,” said Minister Rouleau.

“With the pandemic, Quebecers have become aware of the importance of shipping for our supply of essential goods,” added Minister Bonnardel.

While this support remains conditional on obtaining the required authorizations, this funding will  be used to carry out the start-up phase of the development project for the new Contrecoeur container terminal, making it possible to undertake site preparation and earthworks, among other things, and to build a visual and sound barrier.

The Port of Montreal’s expansion in Contrecoeur will lead to the creation of 5,000 jobs during construction and 1,000 jobs during its operation. The project will make it possible to increase container handling capacity while building on the ecosystem of 6,300 transportation and logistics businesses as well as the existing critical mass in Greater Montreal to effectively meet demand and, in turn, further the growth that began more than 50 years ago.

Read the press release (in French only) here

Check out the project here