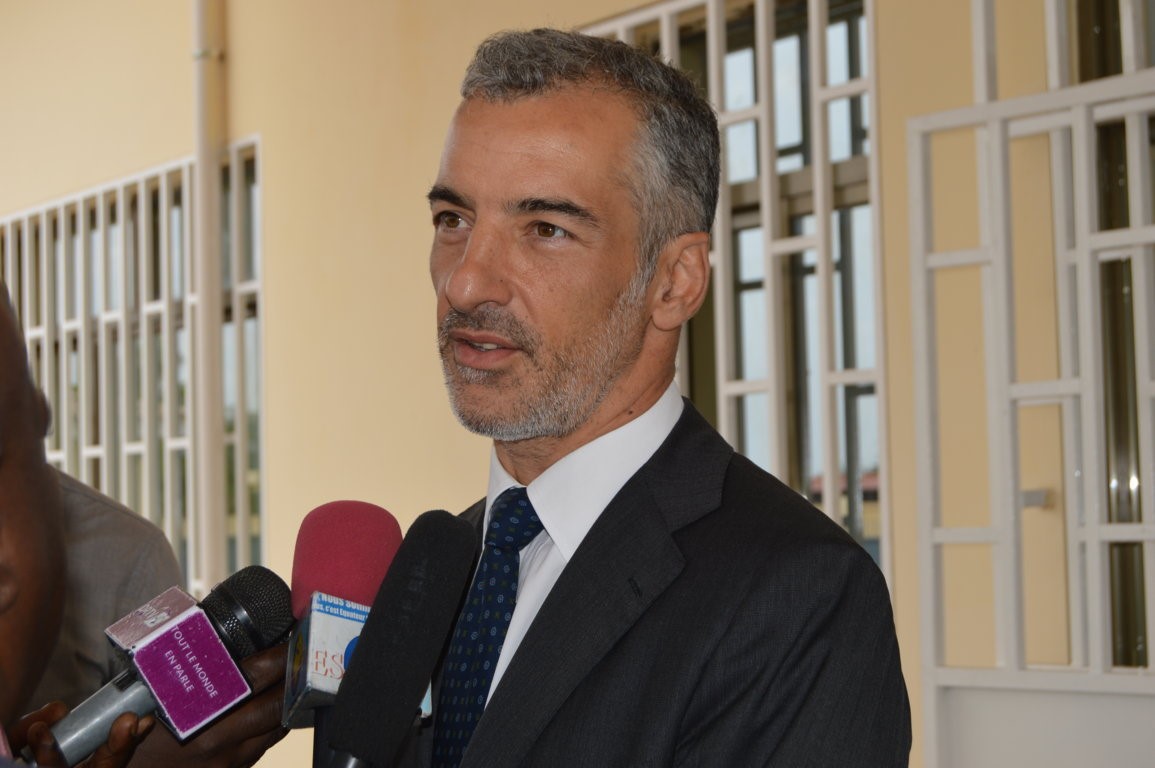 Born in Rome on March 23 1971, Andrea Mazzella graduated in Political Science at the University of Rome in 1996 with a degree thesis on “Preventive Diplomacy in the OSCE system”.

In 1997, during his military service, he served as Assistant in the Prime Minister’s Military Office and then in the Diplomatic Office of the Ministry of Defense. In 1998, he entered the Diplomatic Service and began his professional career at the Ministry of Foreign Affairs (MOFA) in the Energy, Environment and TLC Office and then as direct Assistant to the Director General for Economic Affairs.

In the year 2000, he was nominated Deputy Chief of Cabinet of the Undersecretary of State for Foreign Affairs, in charge of Africa and Cooperation for Development.

In 2008, he was appointed Chief of Cabinet of the Undersecretary of State for Foreign Affairs, competent for the Italian community abroad and the reform of the Italian consular network.

In 2011, he was nominated Head of the “Horn of Africa Office in the MOFA”, with competence on Eritrea, Ethiopia, Djibouti, Somalia, Sudan, South Sudan and Uganda. Afterwards, he was appointed Ambassador and Special Delegate of the Italian Government in Somalia, where in 2014 he reopened the Italian Embassy in Mogadishu. From 2014 to 2018 he served as Ambassador of Italy in the Republic of Congo. In 2018 he was assigned to the MOFA Headquarters in Rome, and was appointed Head of the aerospace, defense and cybersecurity Office at the Directorate General for Cultural and Economic Promotion and Innovation. In this Office, he was also appointed as Representative for the same Directorate General to the “Golden Power Committee” for articles 1 and 1-bis of the Legislative Decree 21/2012 (defense and national security sectors). Since January 2022, he serves as Head of the Space, Innovation and Start-Up Office at the MOFA.

He is author of several publications and has been awarded a series of honors in Italy and abroad, including Knight of the Order of Merit of the Italian Republic, Officier de l’Ordre National du mérite de la République Française, e Commandeur of the Congolese Order of Merit.